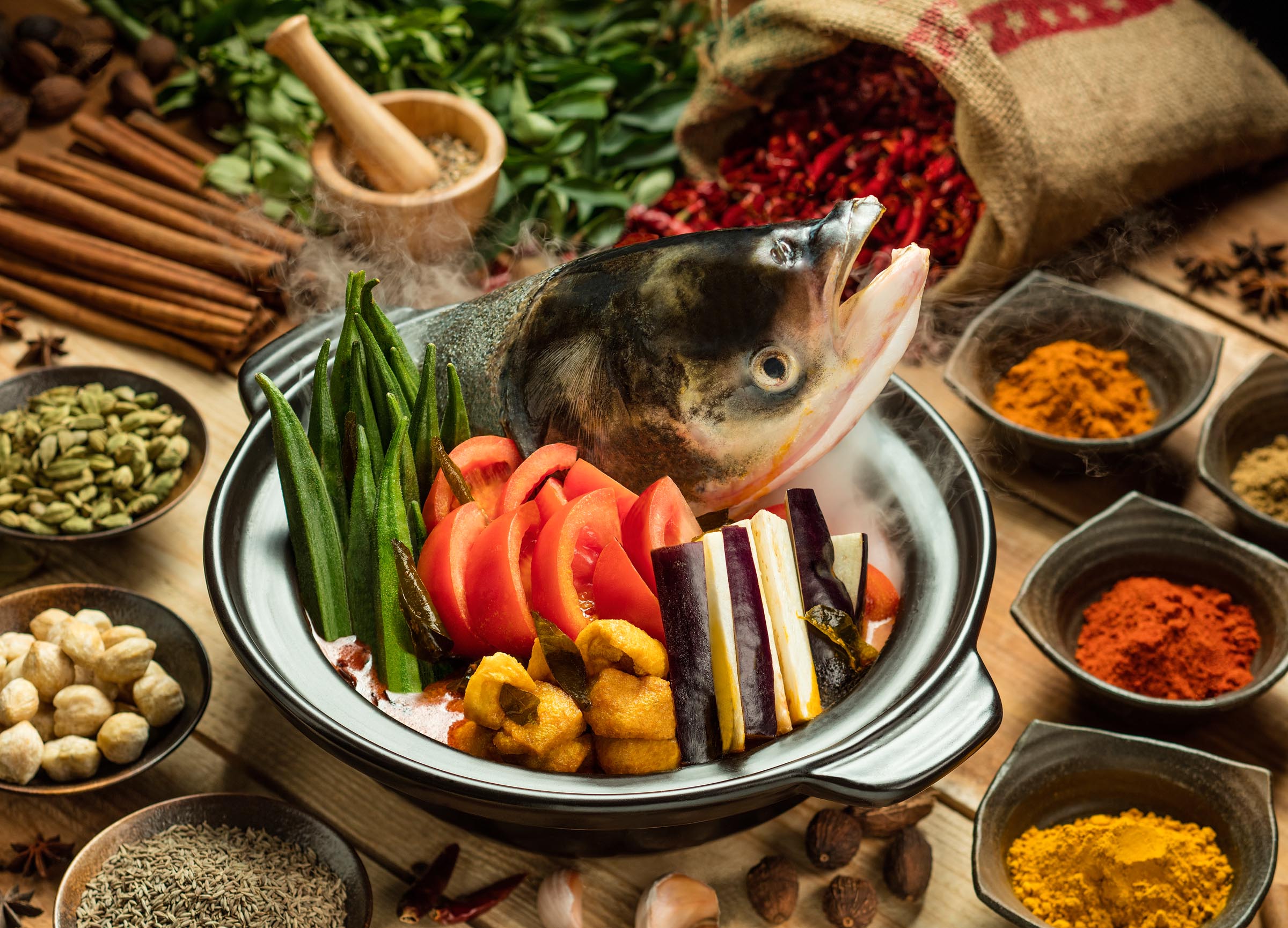 I suppose that for many living outside of Asia the idea of diving into a bowl of soup in which the eyes of a big fish are staring back at you would not be too appetizing. However, for many people in this part of the world it is extremely desirable and perhaps a requirement.

Having lived in Asia now for close to 25 years I have grown accustomed to this style of eating. In fact if a fish arrives without the head still intact I feel like there is something wrong.

For the photo above we spent quite a bit of time assembling all the ingredients that go into making this Fish Head Soup. The image was created for a restaurant called The Golden Pavilion located in the City of Dreams resort in Macau. The restaurant features a variety of Southeast Asian cuisines.

To achieve this image I had to work closely with the chef to make sure that ingredients in the soup looked fresh and tasty and then surrounded the bowl with a variety of other ingredients that go into making the soup broth. 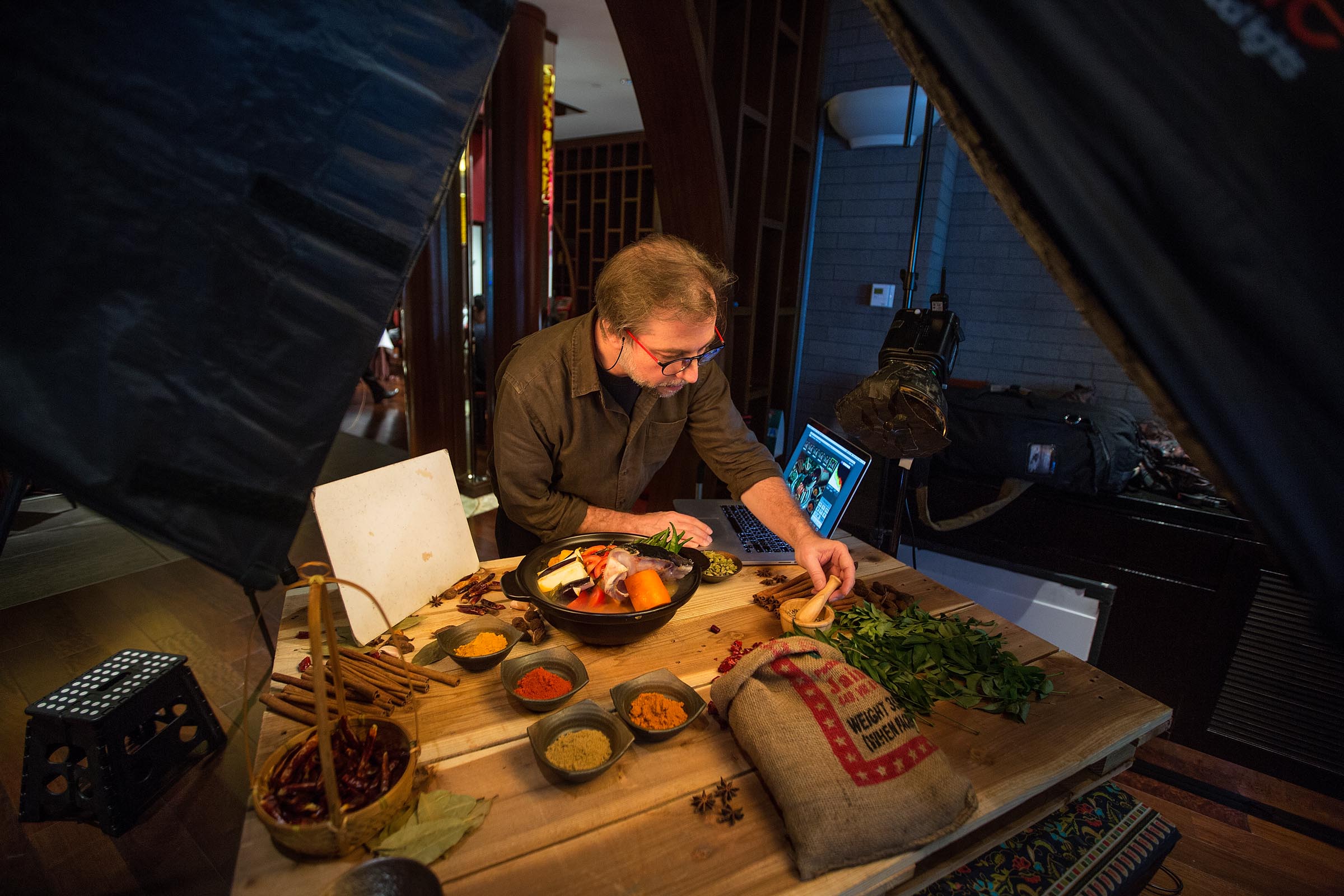 It’s a painstaking process to get all the elements into the image and composed in such a way that they add to the image both visually as well as provide a bit of information to the viewer. 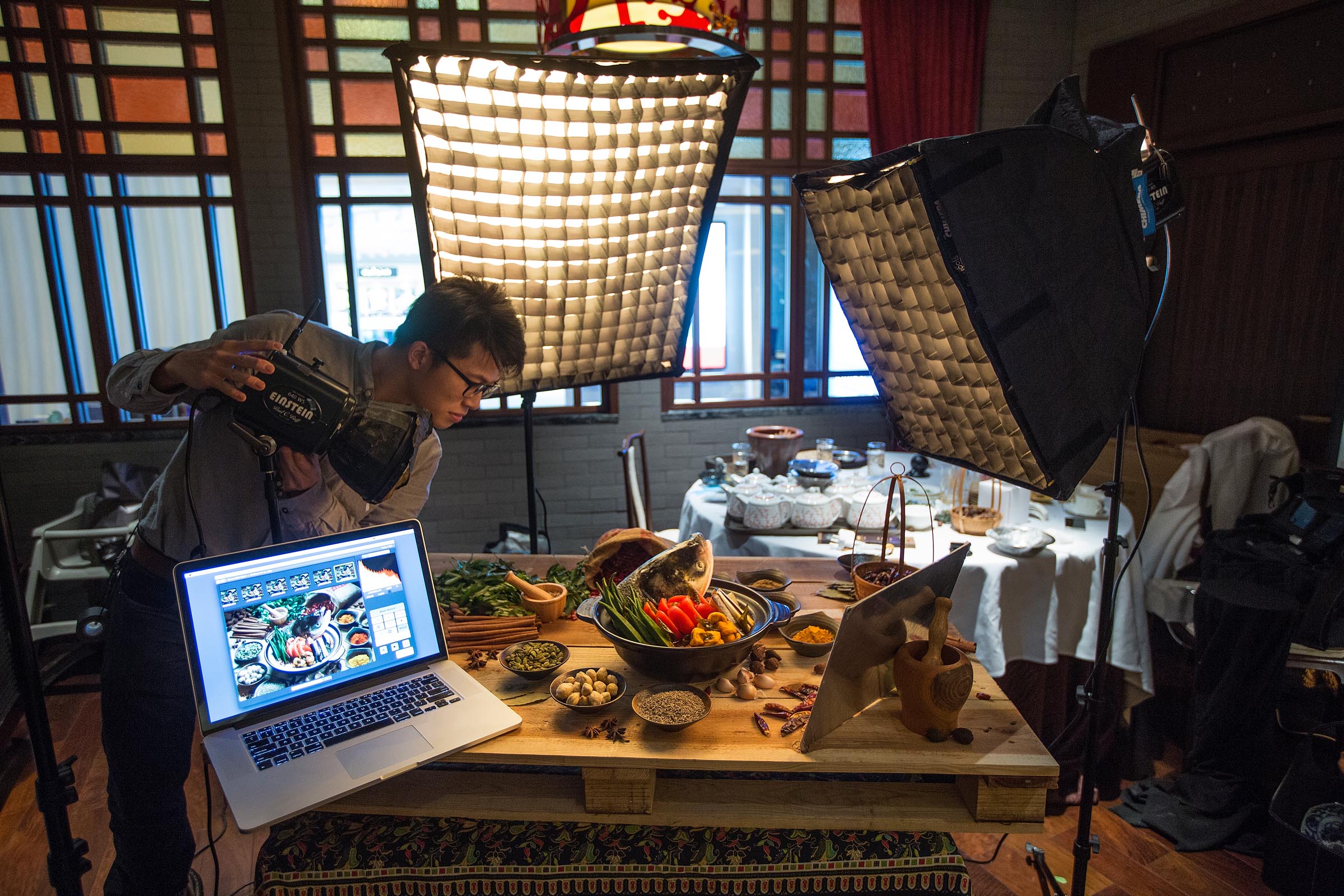 Getting the lighting just right is the other challenge. Especially when dealing shiny glistening objects. Food almost always looks best when lit from behind. By lighting from behind it brings out the textures of the food and can make it look fresher and gives the image more depth. Sometimes this technique doesn’t work out so well when there is too much reflection.  When faced with such a situation the lights need to be moved or adjusted until the desired affect is achieved. For some food shots I may incorporate a spot light such as the one my assistant, Sing, is adjusting in the photo above.

So for the final image we ended up three Eistein strobe heads with two fitted with softboxes and the third with a 3 degree honeycomb grid. A white reflector card was positioned on the right side of the scene to help fill in some of the shadows. 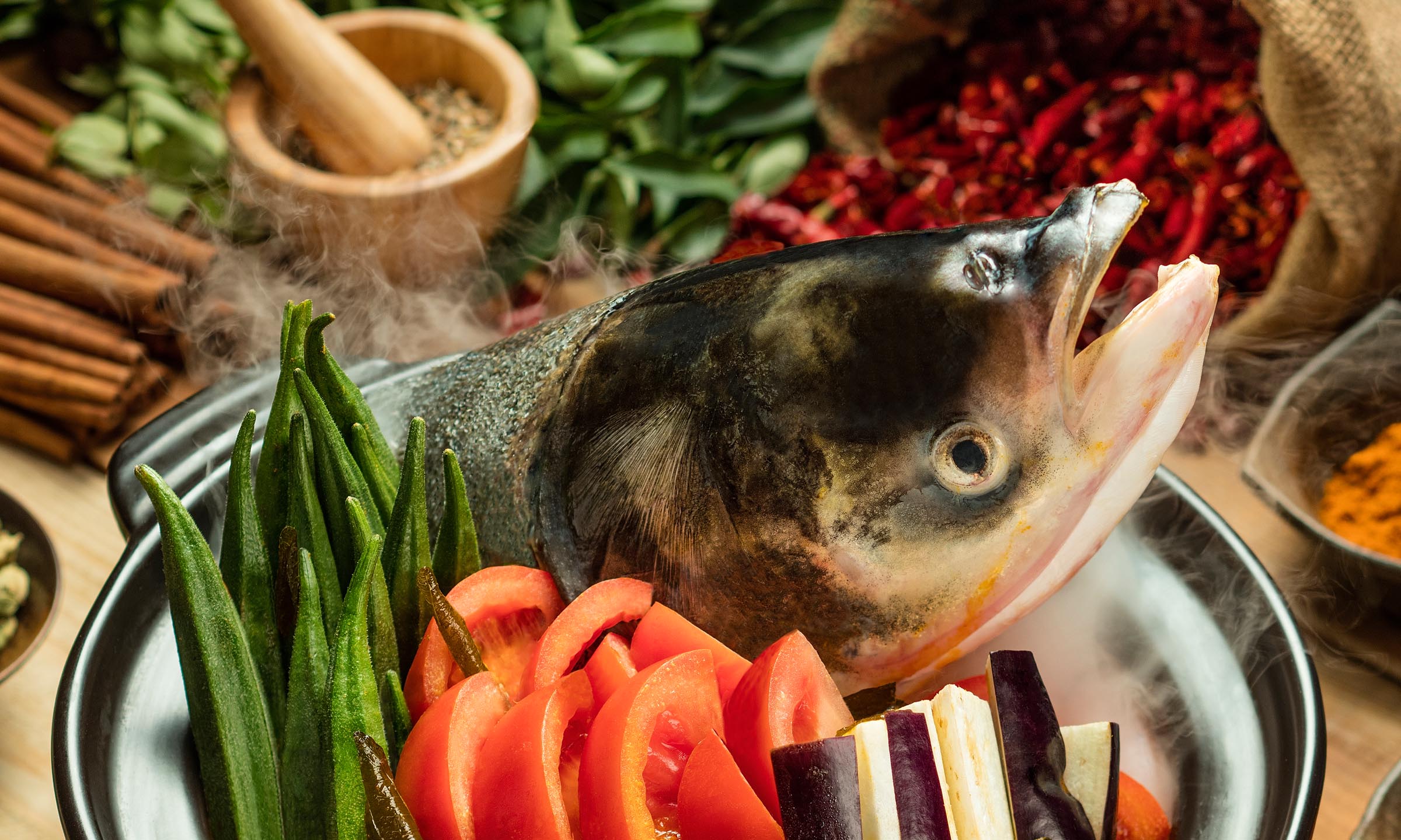 The final step was to add steam to give the appearance that this dish is hot and ready to be consumed. Actual steam is very hard to capture in a photograph unless there is a lot of it. To recreate steam there are a number of techniques you can use but the easiest is to use dry ice. By placing a couple chunks of dry ice in various parts of the bowl and the adding hot water a steam-like vapor will rise from the bowl. It’s then necessary to blow or fan the dish to make the vapor rise as dry ice vapor wants to settle and flow out of the bowl like a witches brew.

That’s it. Anybody hungry?

The other day I headed over to  T for Tapas restaurant located in the City of Dreams in Macau where my friend, Chef Andre, has been creating some wonderfully tasty and visually stunning dishes. The following is just a sample of what you can expect to see and taste at his restaurant…

Whenever I’m assigned to shoot a portrait I always try to arrive early to get set-up and do some test shots so that when the subject arrives we can get right into shooting without having the subject watch me monkey around with my lights and camera. Typically I work with one assistant but sometimes I have to work alone which slows down the entire process. The other day a last minute assignment came in and my regular assistant, Sing, was already committed to another job. So, for the test shot, I set the camera to self-timer and I jumped into the scene. I’m sure that the people watching this process thought that I was some extremely vain dude as I kept going back and forth from camera to lighting to self portrait over and over.

Technical Info: Image shot on a 5D RS with a 16-35 f2.8 lens exposed at f8 for 1/5 sec. Two Godox Wistro AD360 strobes were used, each mounted with a small Chimera softbox and honeycomb grid. To light the wall holding the shield one of the grids on the softbox was left slightly open so a bit of light could highlight this area.