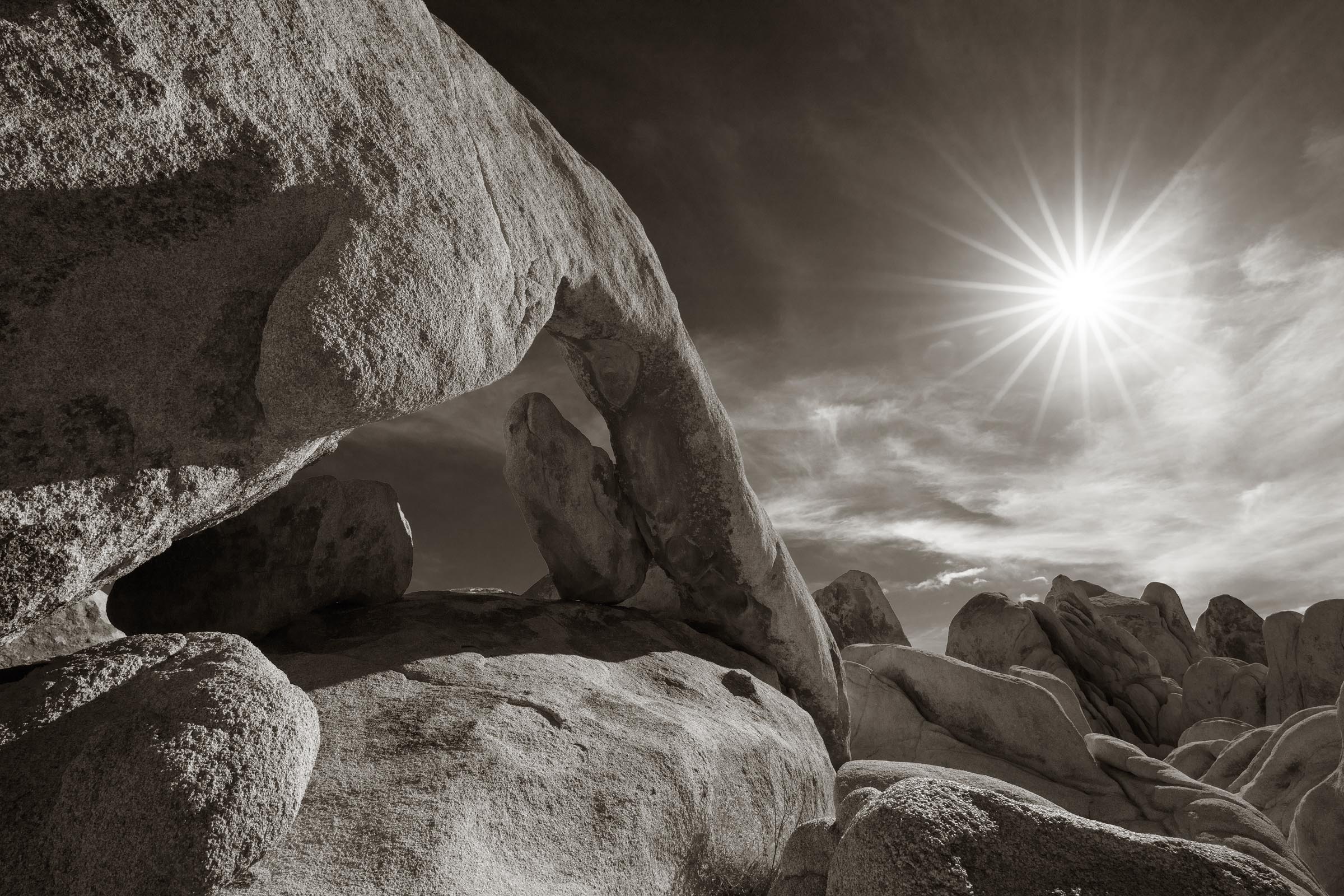 To close out the Year of 2016 my daughter, Annalee, and I decided do a camping trip to Joshua Tree National Park which is located in the high Mojave Desert in Southern California.

It would be Annalee’s first visit to Joshua Tree and a place I had not been back to since the early 1990s. 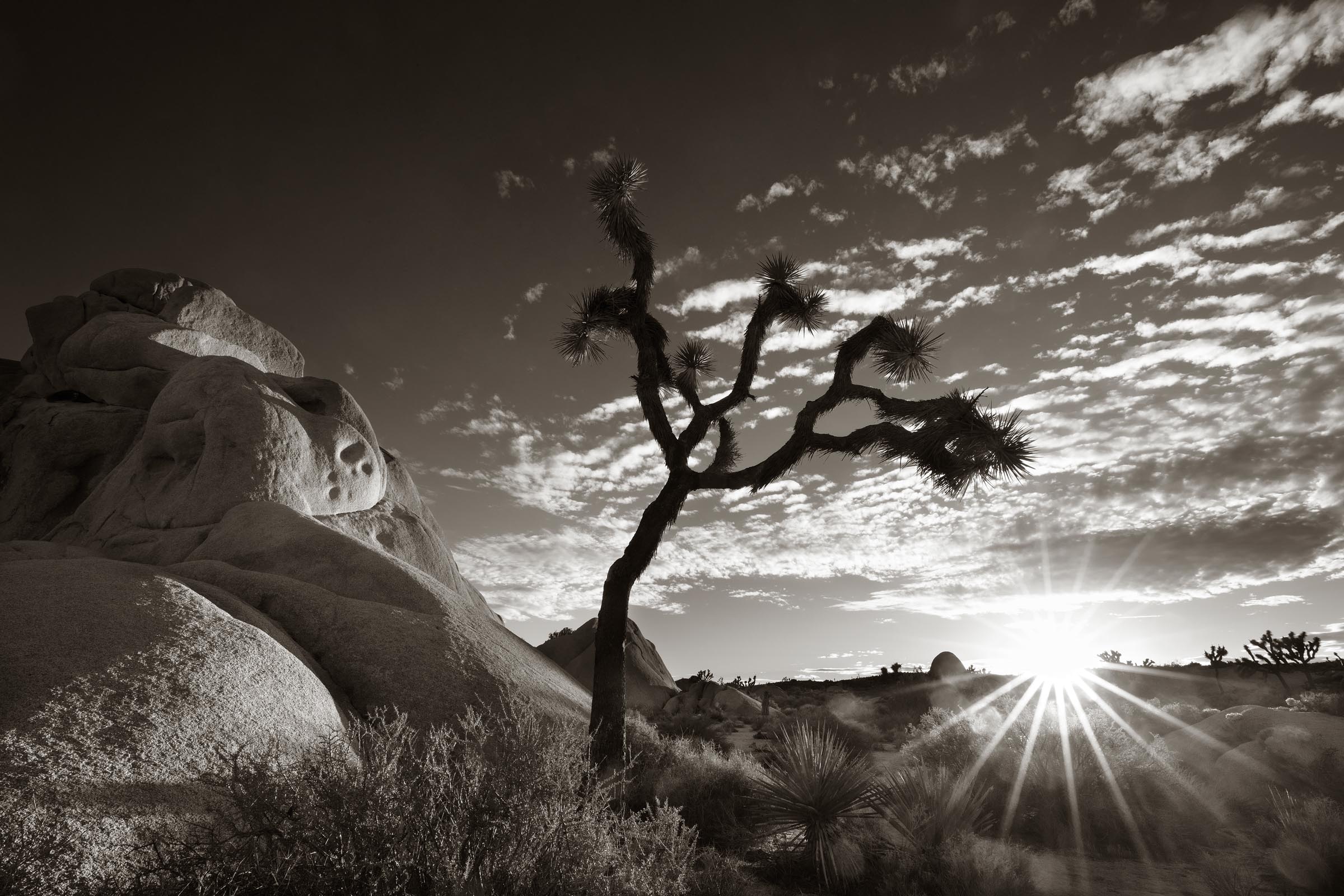 Growing up in Southern California I would often venture out to Joshua Tree for weekend and holiday excursions. Located at an altitude above 3000 feet (about a 1000 meters) this high desert environment boasts a great deal more life than the lower Mojave. In addition to the Joshua Trees, which have always reminded me of something from a Dr. Seuss book, the land supports a variety of other cacti, yuccas, palms and even some pine trees.

Cholla cactus can be found all across the Southwest but for some reason they grow in great numbers in this one section of Joshua Tree. This particular cholla is also known as either the Teddy Bear Cholla because its sections look like Teddy Bear arms reaching out and also Jumping Cholla because the sections that fall on the ground adhere to anything they come in contact with. Almost as if they jump out and grab you as my daughter learned by testing this explanation. Once one of its sharp barbed needles gets a hold of something it is hard to get it unstuck.

Annalee soaking up the morning sun.

For this trip we decided to camp in one of Joshua Tree’s several campgrounds. Most of the campgrounds are located in areas where large boulders rise up above the ground. The boulders provide protection from the often powerful desert winds as well as a playground for kids to scramble around on as well as a place for serious rock climbers to challenge their vertical skills. Of course for me they also provide graphic content to explore with my camera. 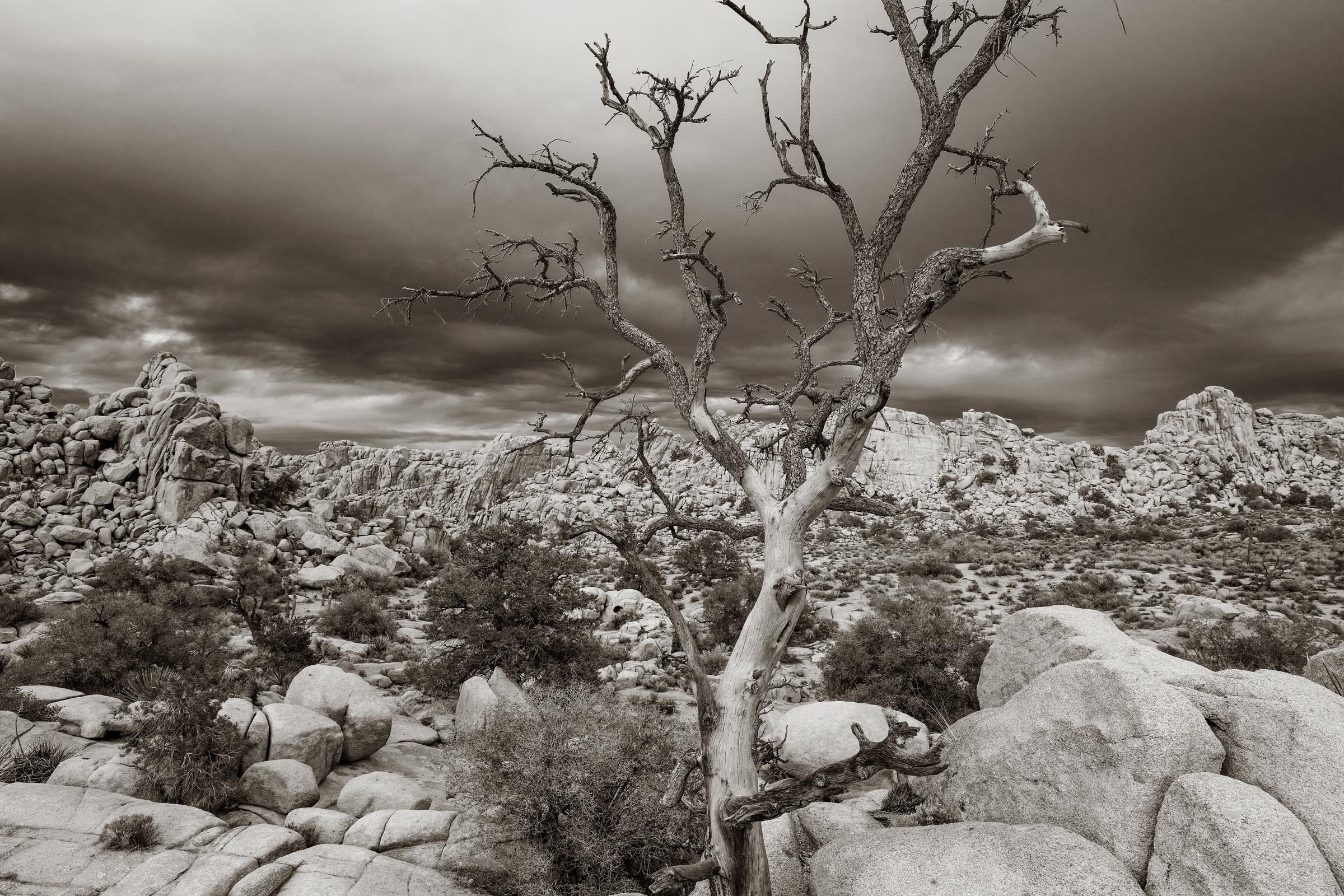 Because it is protected on all sides by massive piles of boulders and shear rock walls this little valley has its own unique eco system. The rock walls protect the valley from drying desert winds so water that accumulates here does not evaporate as quickly as in other parts of the desert. This added moisture has allowed a variety of other plant life to survive which includes a type of pine tree called Pinyon Pine. 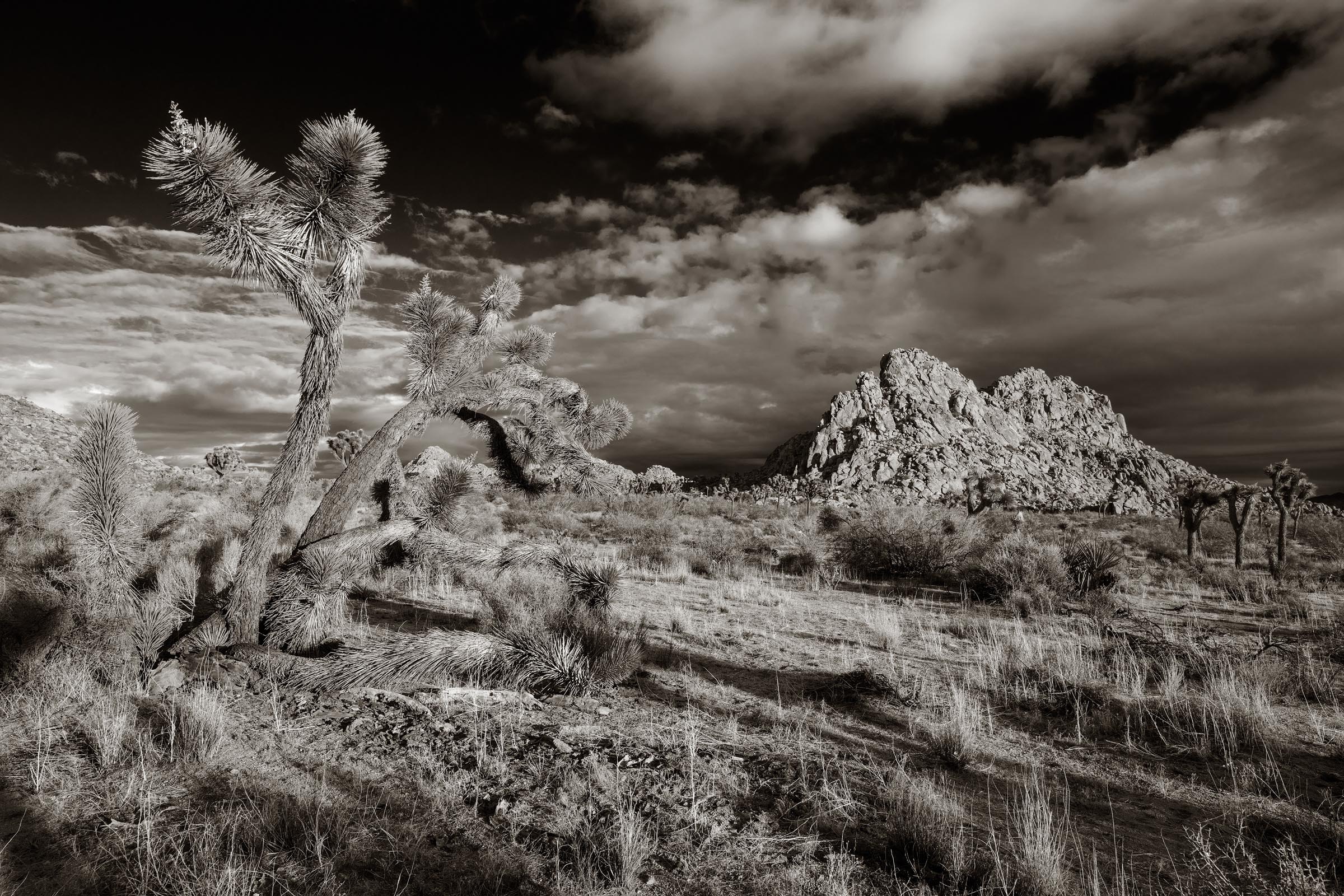 For most of our trip we had beautiful weather with the exception of one afternoon when a winter storm rolled in and dumped a fair bit of water onto the thirsty desert floor. Fortunately the storm passed quickly and we were treated to some wonderful afternoon light and dramatic skies. 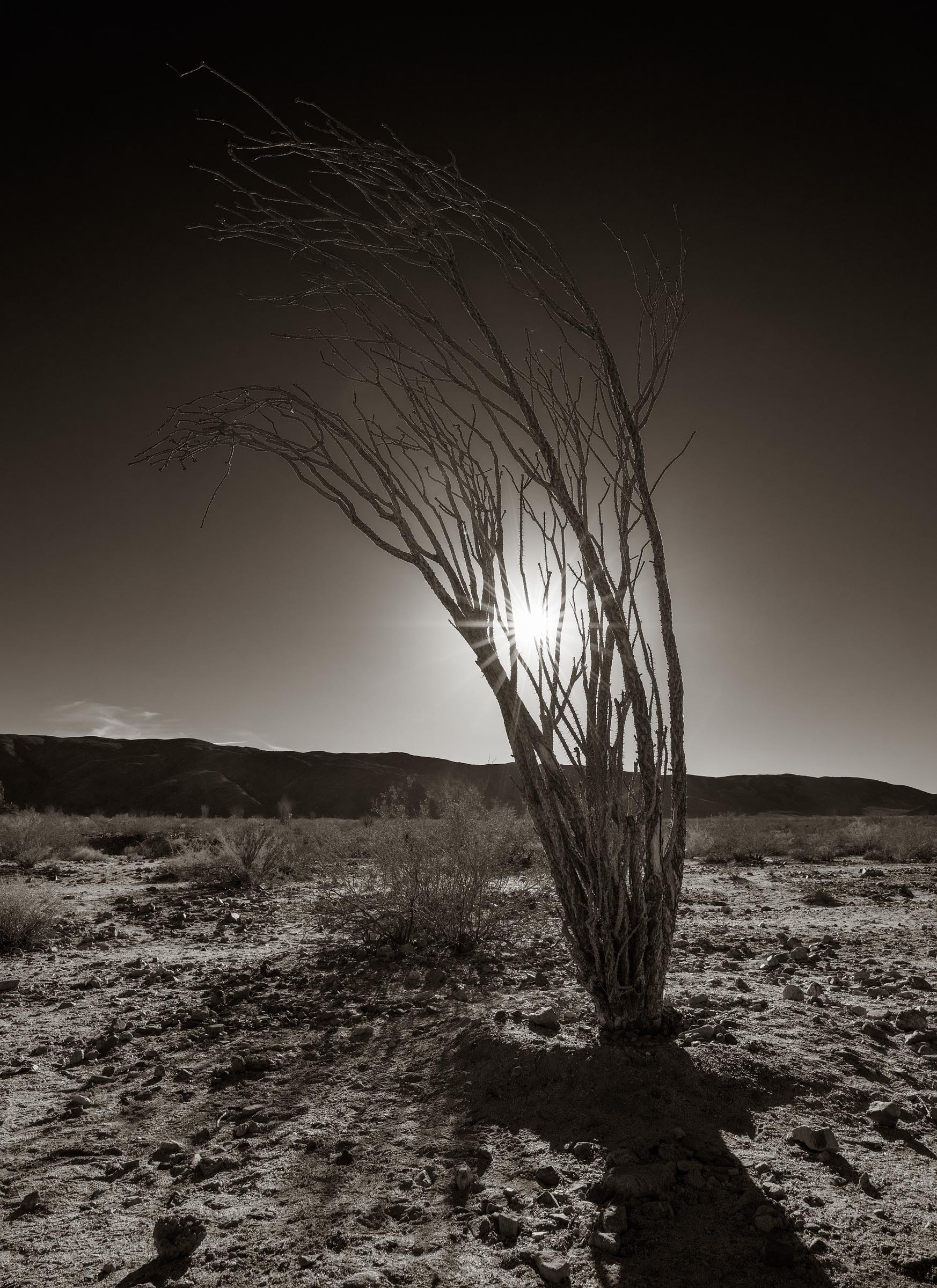 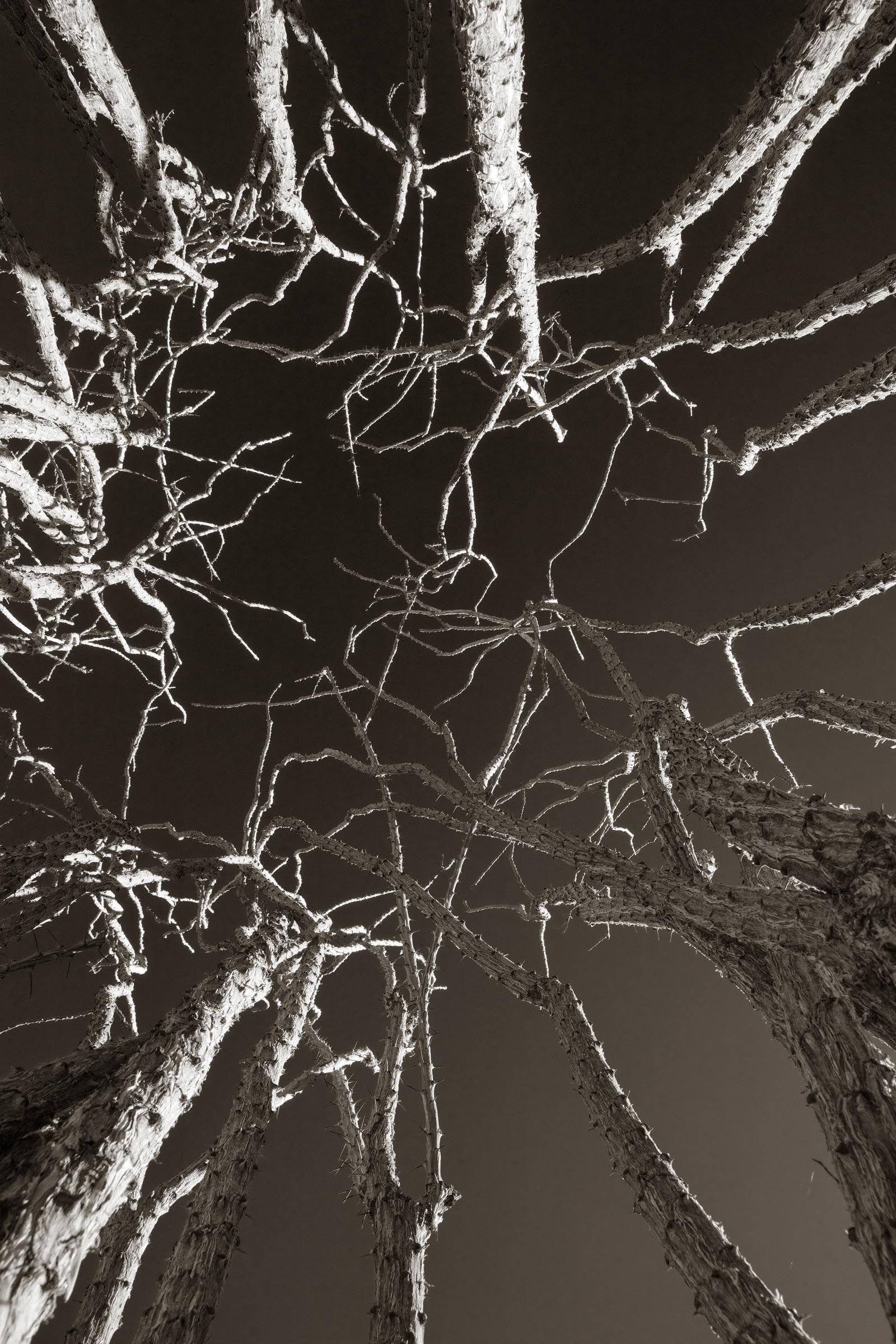 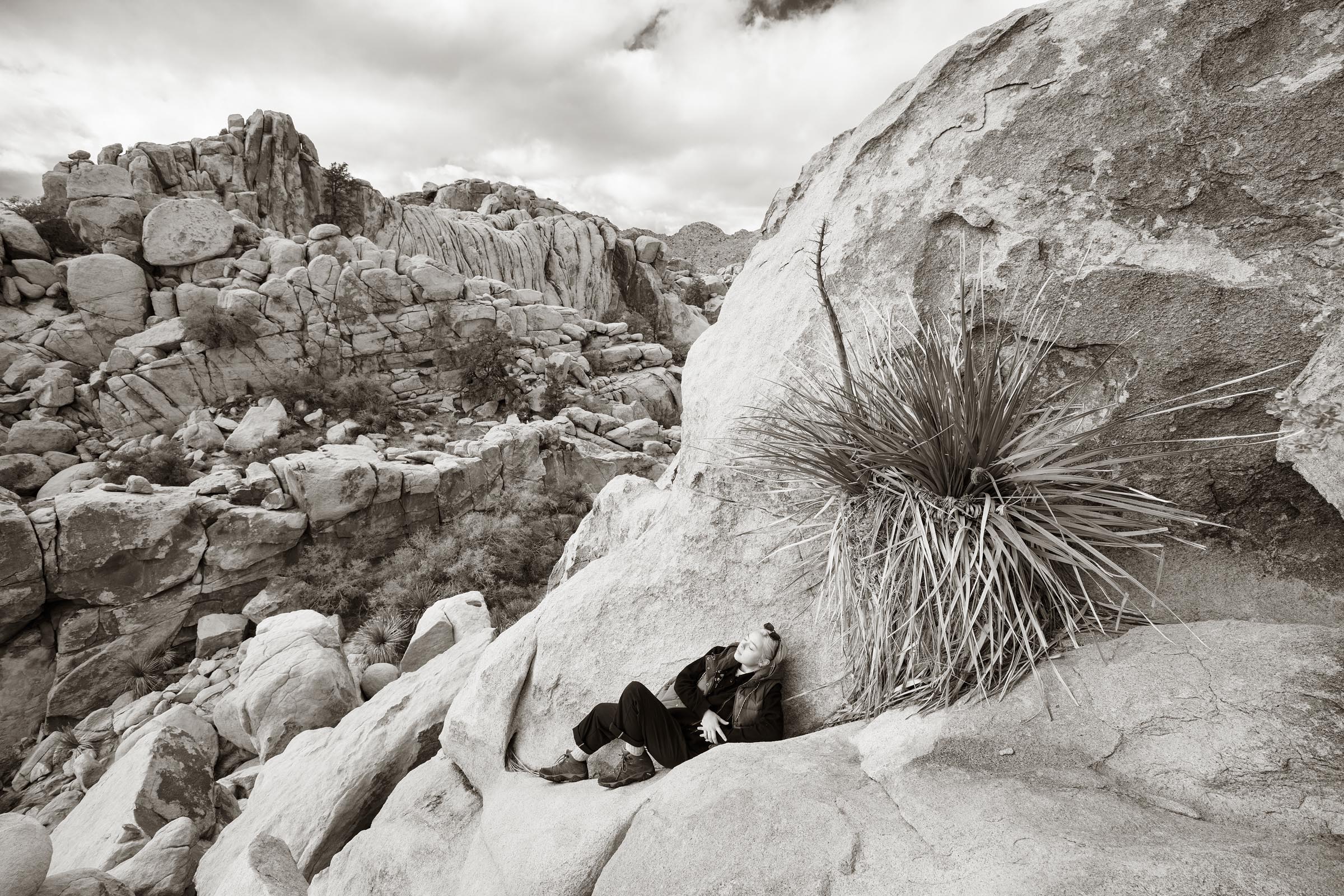 Annalee relaxing after a morning of hiking and bouldering.

Technical Notes: All photos were made with a Canon 5D SR using a 16-35 f2.8 III lens. No filters or Photoshop trickery was used with the exception of some exposure adjustment and some burning and dodging using Photoshop’s Camera Raw application. For the star-like effect when shooting into the sun an aperture of f16 was used which creates this effect. The final steps were to convert each image to black and white in Photoshop where additional adjustments are made to each color layer followed by the application of split-tone layer to achieve a slightly warmer look. 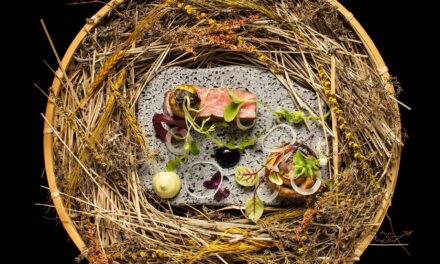 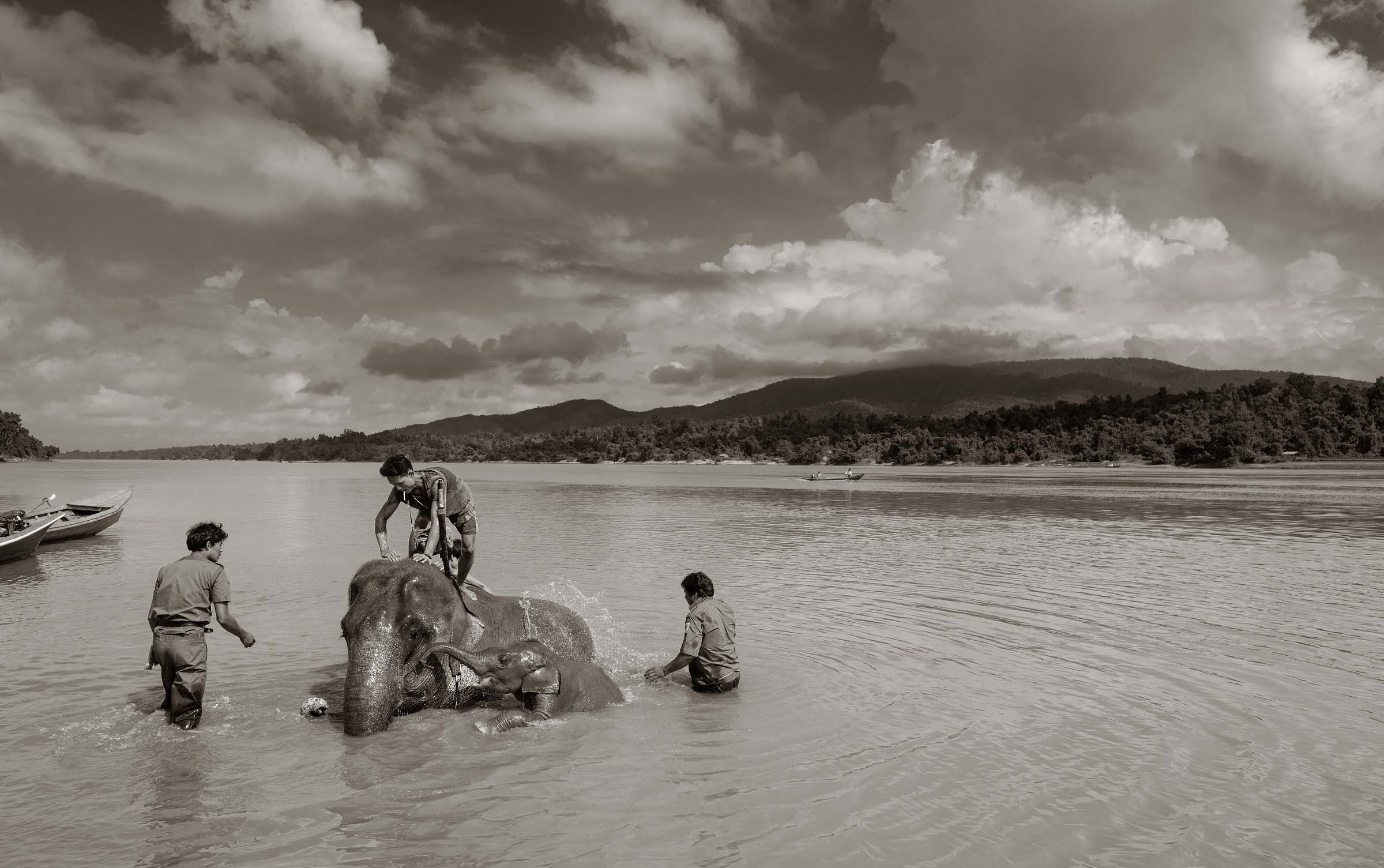 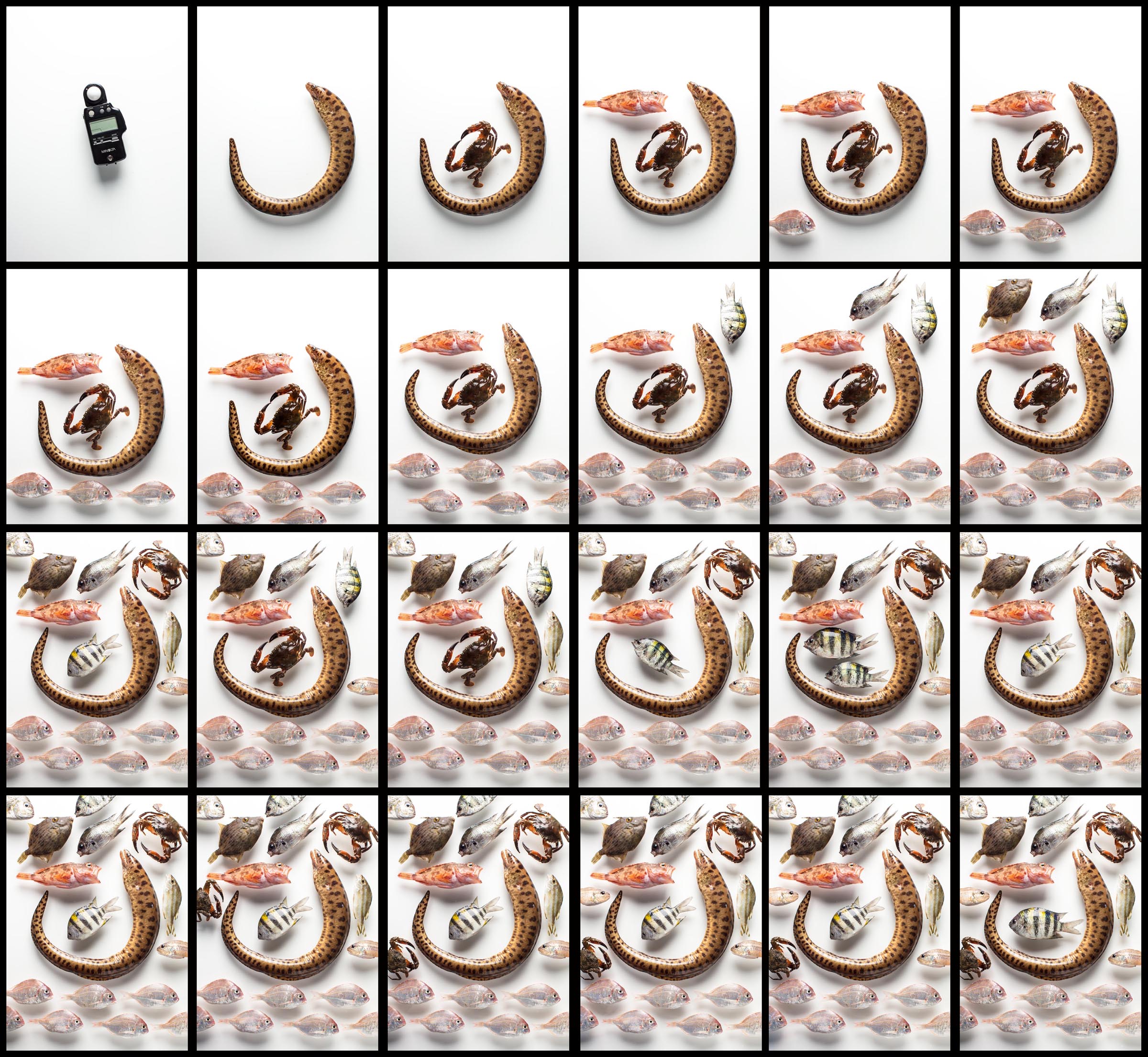