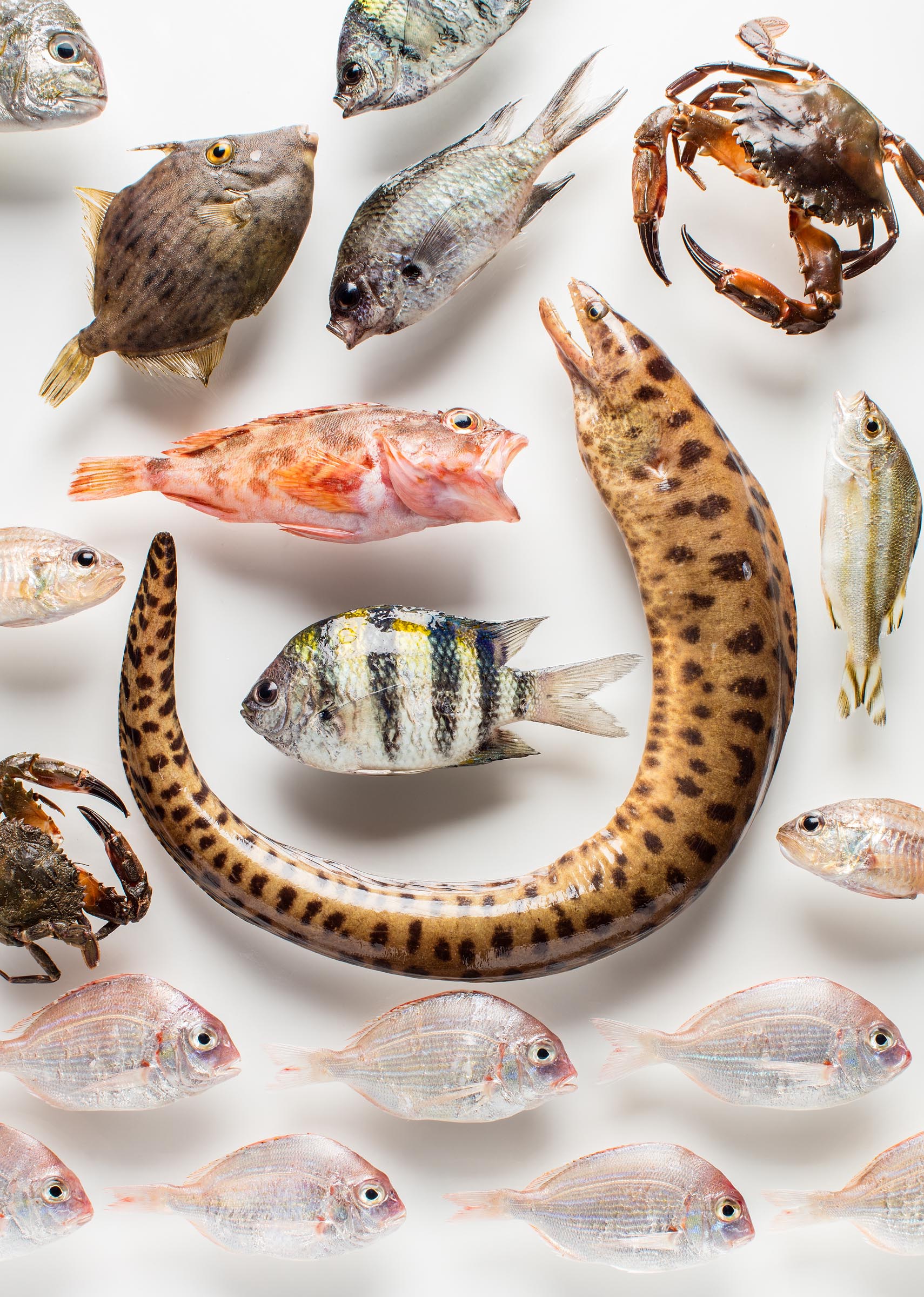 For a recent shoot at the Fish School restaurant in Hong Kong I worked with Chef David Lai to photograph both his dishes as well as some of the fresh ingredients recently pulled from the sea.

To illustrate the rich variety of fish he likes to employ into his edible creations I decided to do an illustration in which I brought in as many of these different sea creatures as I could fit on my background.

Doing shoots like this on location presents a few different challenges. The first being just the logistics of getting all the equipment needed to the site. Since budgets are tight that means that everything needs to be carried by just me and my assistant, John. For this shoot we had to first travel from Macau to Hong Kong which is about a one-hour ferry ride. The ferry people hate to see people transporting lots of gear so it is necessary to try and make the luggage look as compact as possible. In this situation we had a large Think Tank rolling case, a hand truck loaded with lightstand bags, a large Domke bag loaded with cameras and lenses and a Think Tank backpack containing a Macbook Pro and other essential items. We also had to carry a large piece of glass along with a couple sheets of acrylic. (At this point I think I should state a disclaimer that I am not being paid to mention any of these brand names. It just seems that some people like to know specifics about what gear I like to use. However, if any suppliers out there would like to sponsor me I won’t be too proud to accept such assistance.)

Upon arrival in Hong Kong we then jumped into a GoGo Van which took us to the restaurant. For any photographers planning to do shoots in Hong Kong I highly recommend this service. They operate a bit like Uber but only take people that are transporting goods or equipment. 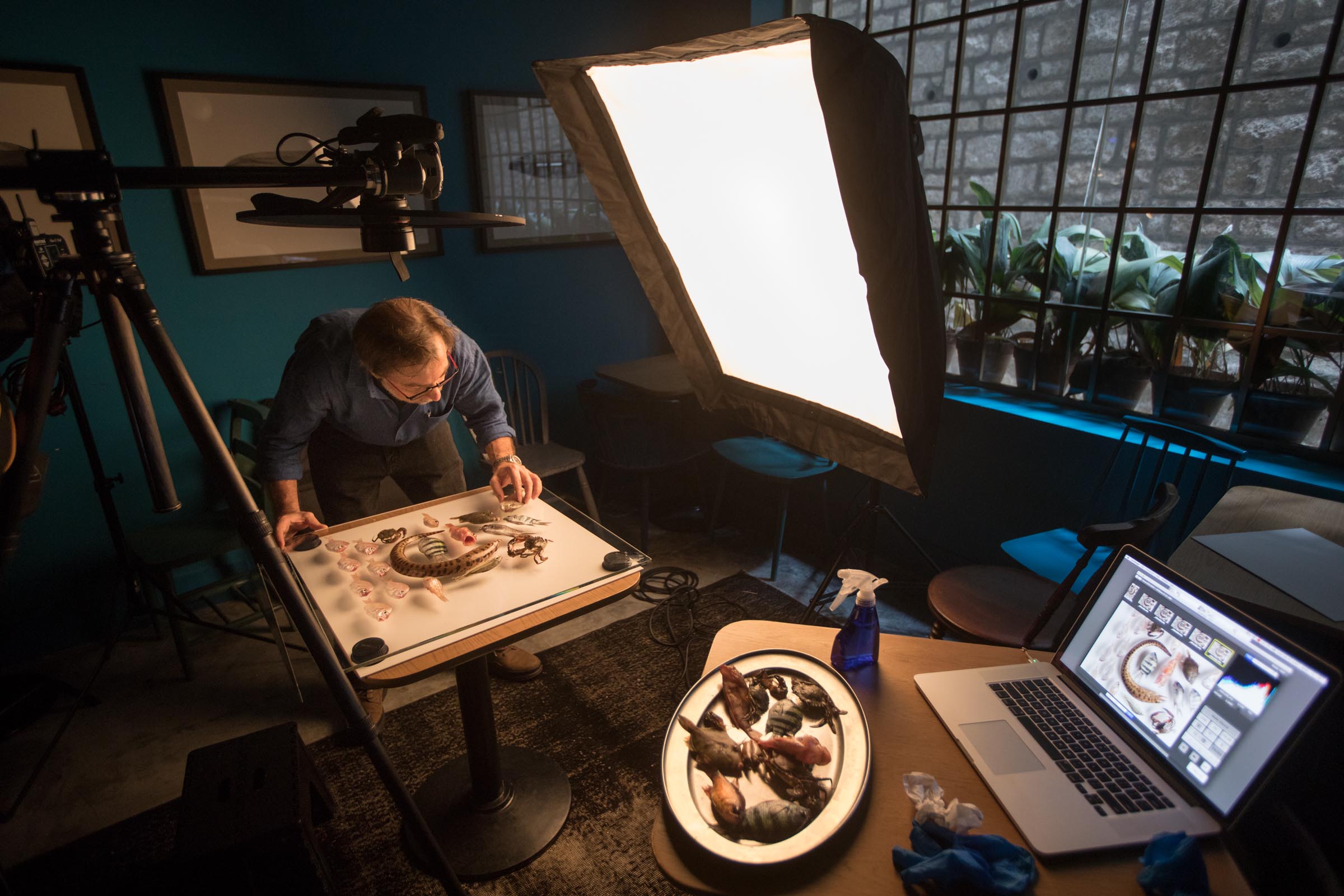 Of course the real challenge comes down to the actual creation of the photograph. For these types of ingredient shots I sometimes like to shoot on glass which is placed slightly above a sheet of white acrylic. After we got everything set-up Chef Lai brought in several trays of fresh fish and we discussed which best represented the variety of dishes he liked to serve. After making our choices I set to work to compose the image. The hardest part is knowing, or deciding, where to begin. Once you get the first object on the glass it begins to take shape. I like to work from the middle out. This is where the reader’s eye will go so that has capture their interest and draw them in. From there it is just a matter of placing more items, taking a shot, placing more things and then moving stuff around until it all seems balanced and well composed. Below shows how the shot progressed.

The final challenge for a shot like this is to get it done as quickly as possible. Since I had other ingredients and plated dishes to shoot I couldn’t waste any time. There are always improvements that could be made but at some point you just just to call it done and move on.

After we completed the table-top shot we moved on to some other ingredients and cooked items. The next ingredient was shrimp which I shot on a large piece of kelp. 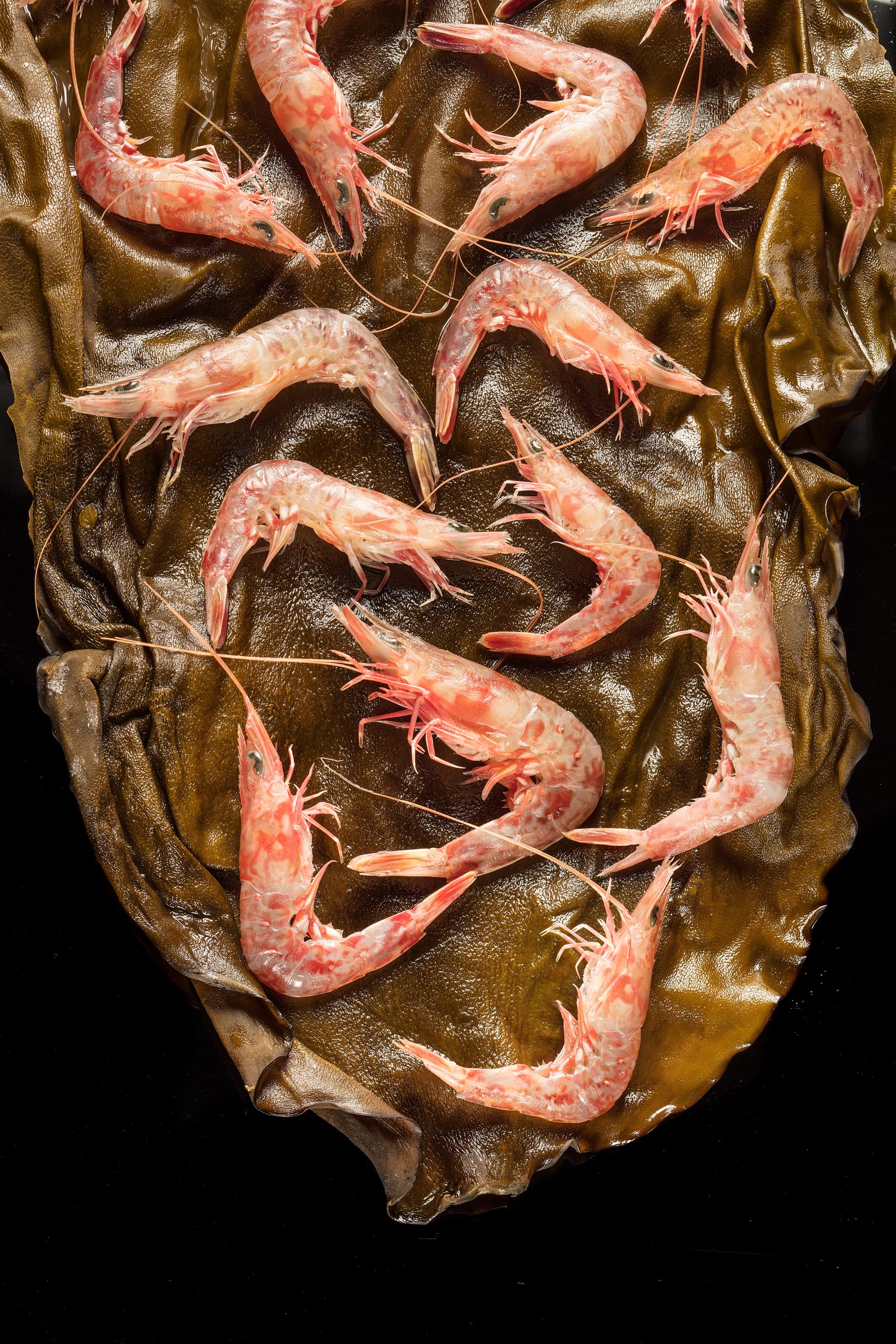 One way Chef Lai likes to serve these little guys is to grill them. However, photographing them on the actual grill in the kitchen would have been too difficult to make an interesting photo so I took one of the BBQ grills into the area where we had set-up and created a scene which resembled a grilling environment. 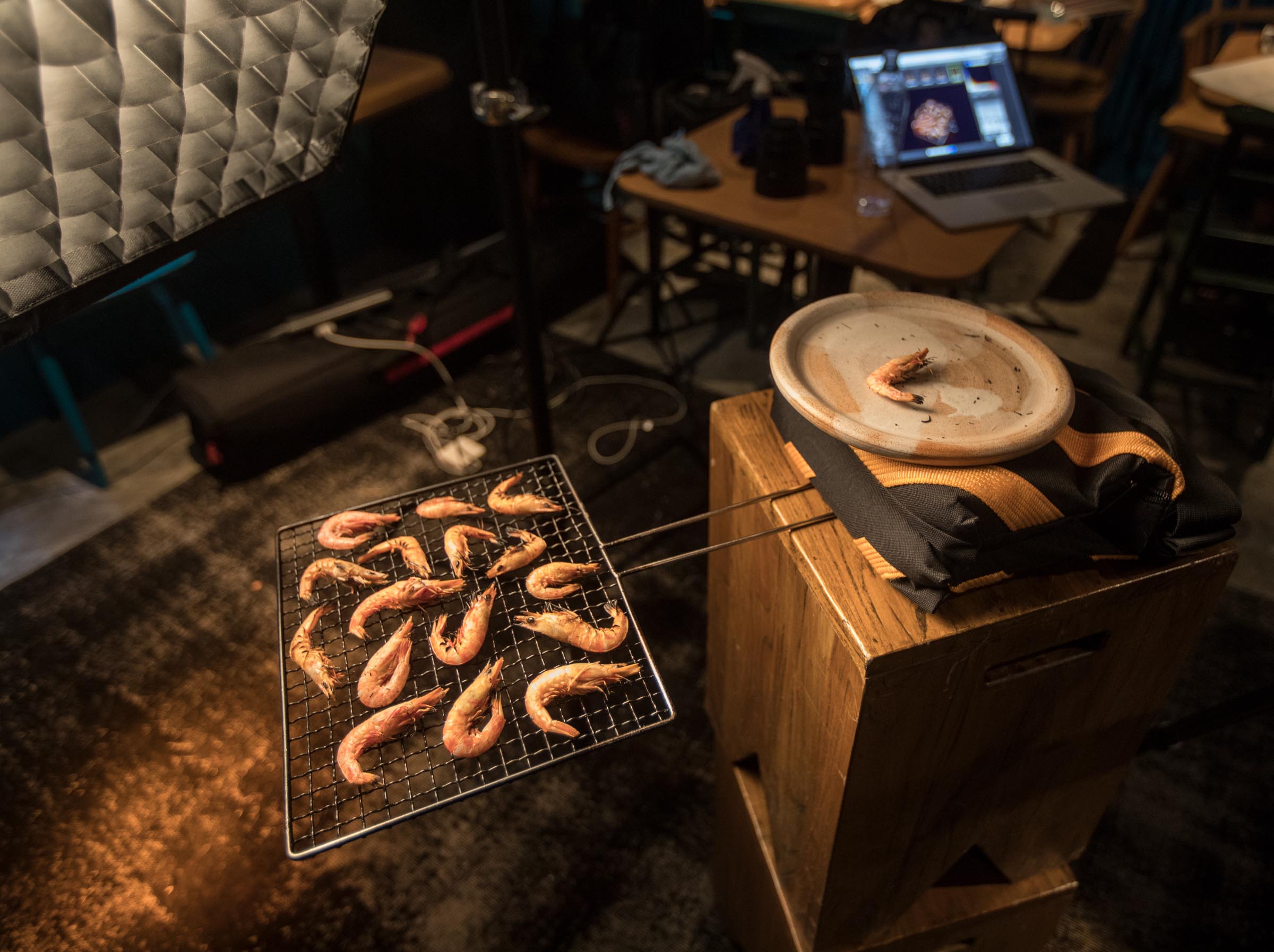 When faced with these situations I just have to use whatever items are available. The shot was simple enough. We simply placed the cooked shrimps on the grill and secured the grill by placing the handle on a stool while using a sandbag to hold it in place. The shrimps were lit with a small softbox with a honeycomb grid attached. Another light was fixed with a tight honeycomb grid, along with a amber gel and pointed at the floor below the shrimps. The carpeting had an uneven pattern so it helped to actually look like hot coals below the shrimps.

The final shot was done with a Canon 90mm TS lens. By using the TS (tilt-shift) lens I was able to maintain sharpness from near to far on the shrimps while at the same time using a wide aperture so the background would fall out of focus.

After snacking on BBQ shrimp we then went on to shoot a couple more of Chef Lai’s seafood specialties. 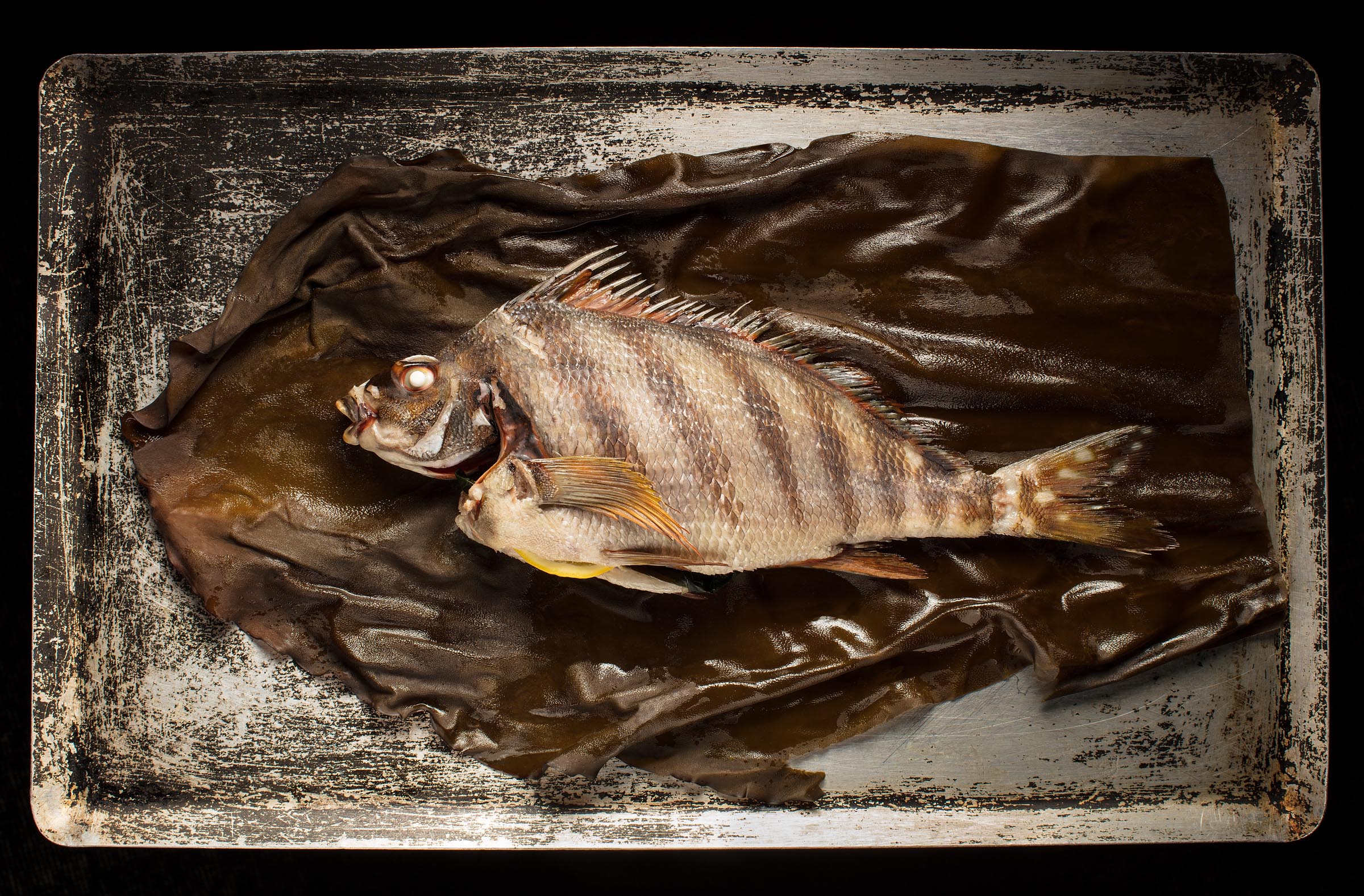 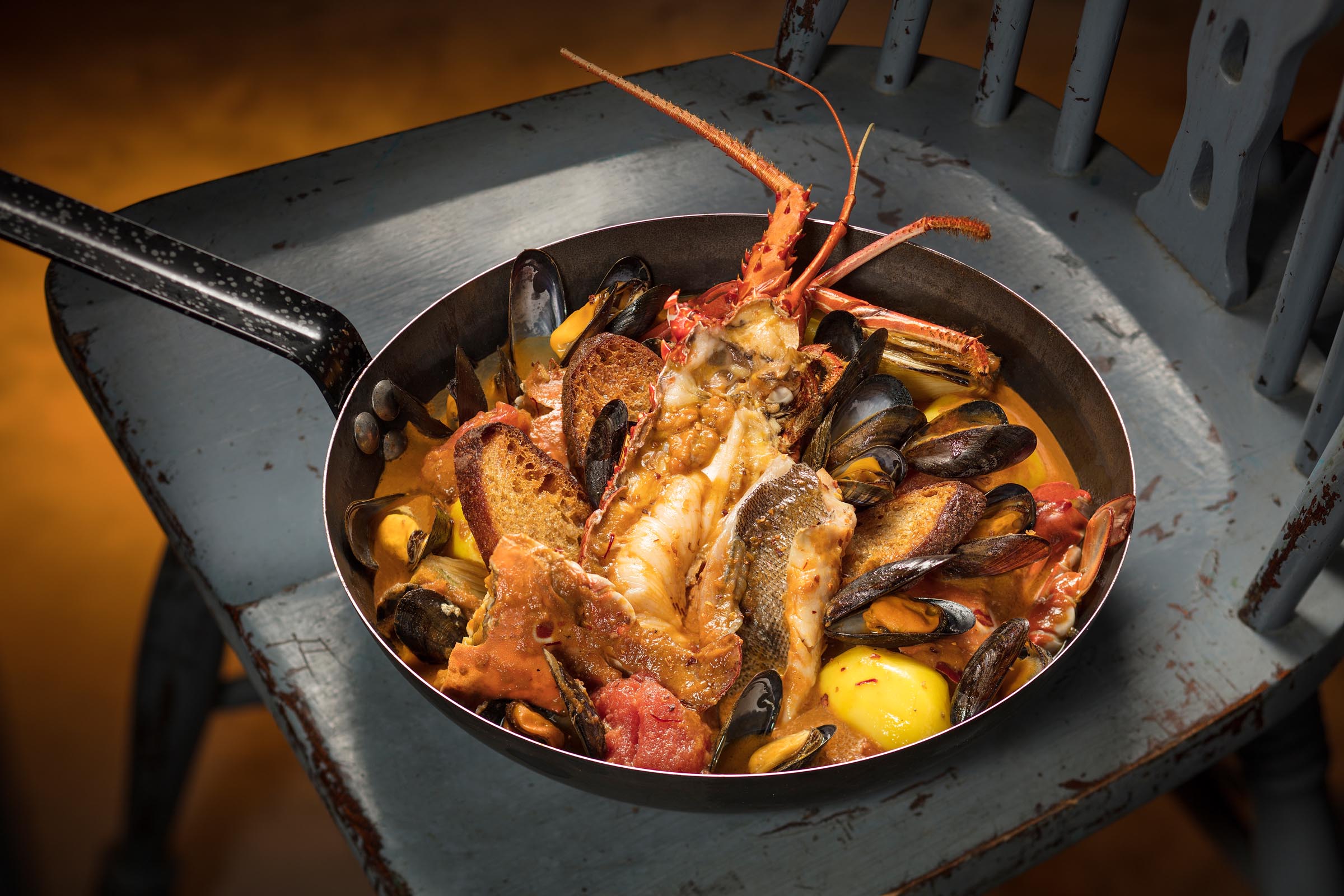 And finally a portrait of the chef. Thanks to his patience and enthusiasm we were able to pull off a successful shoot. 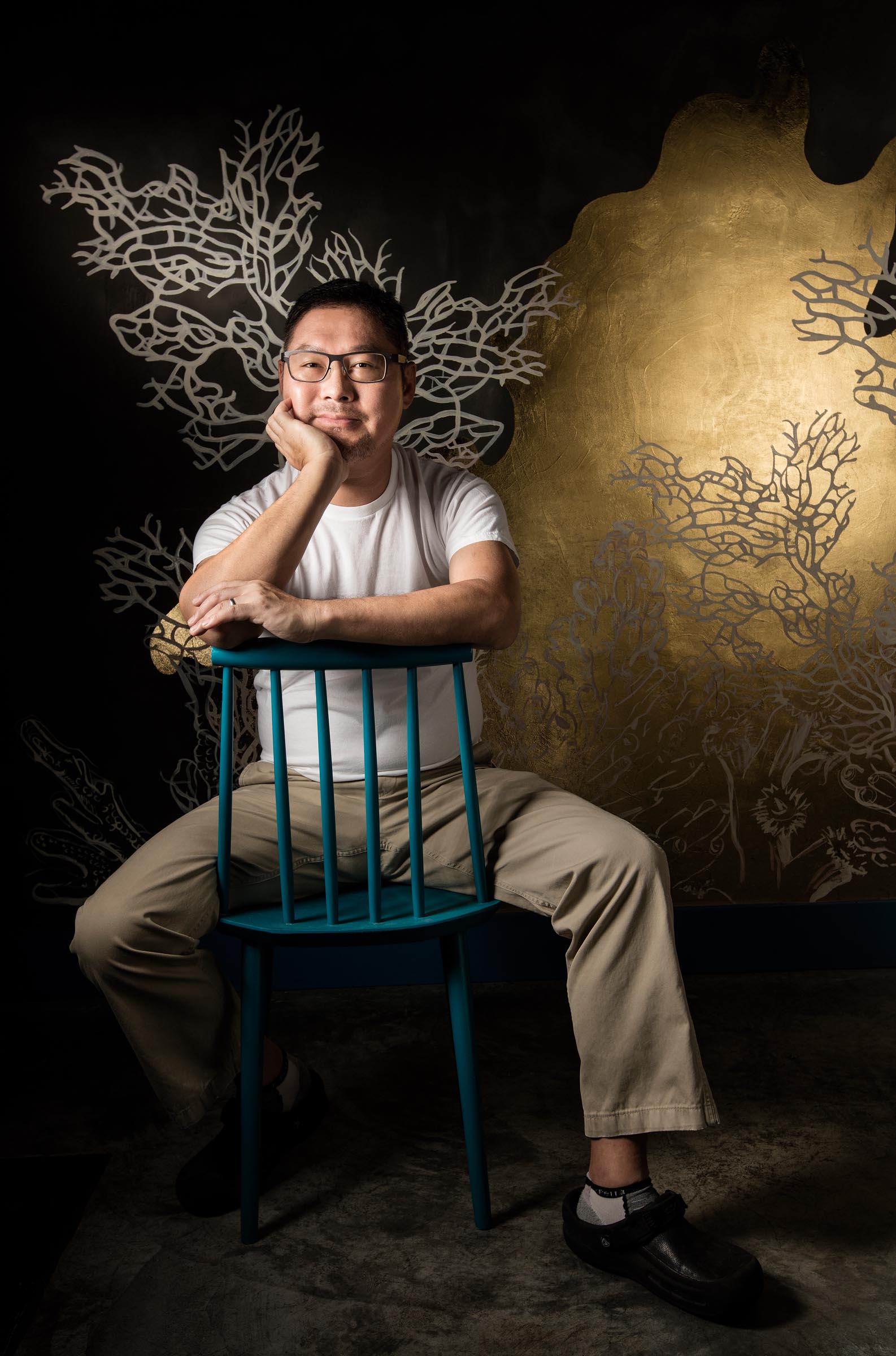 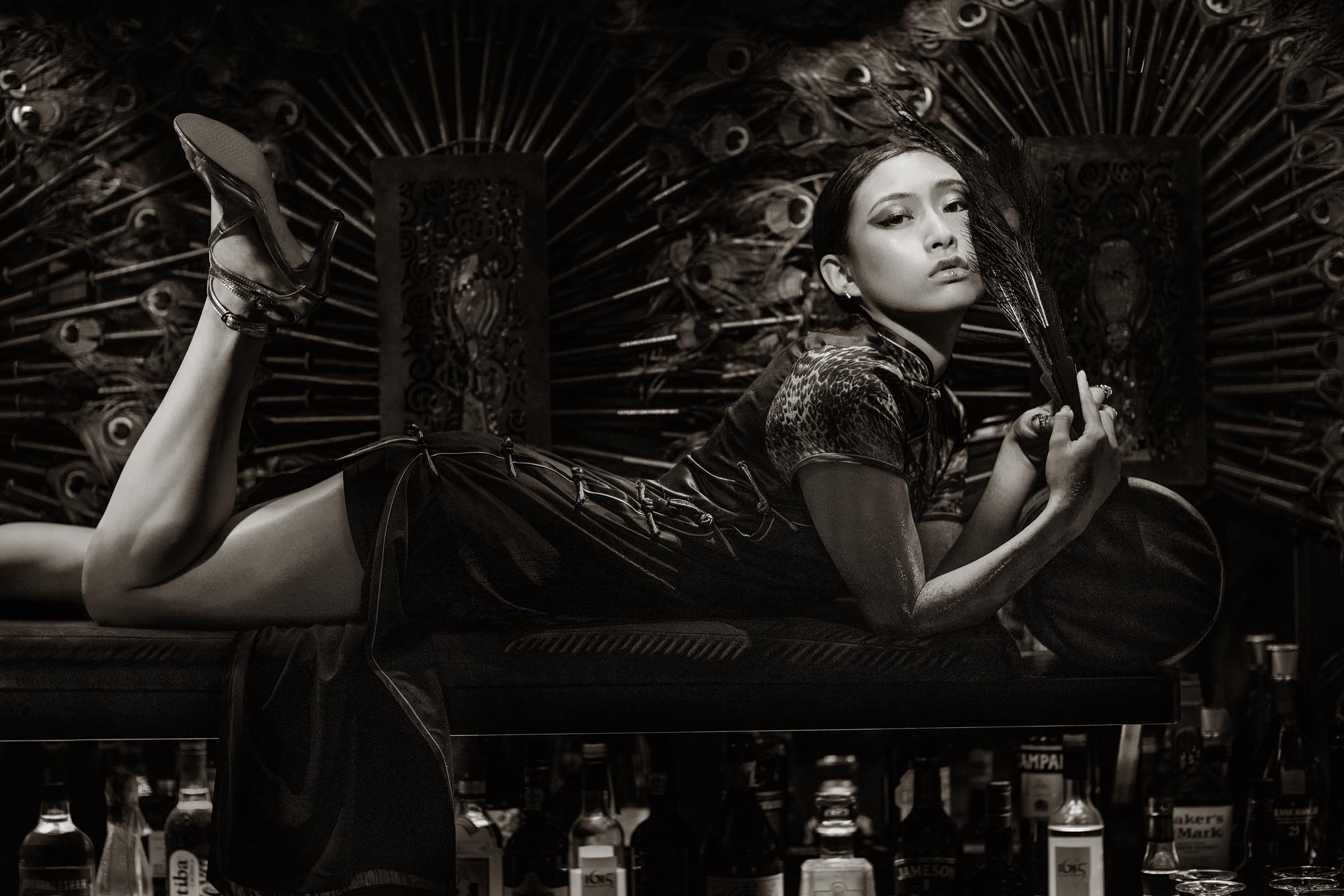 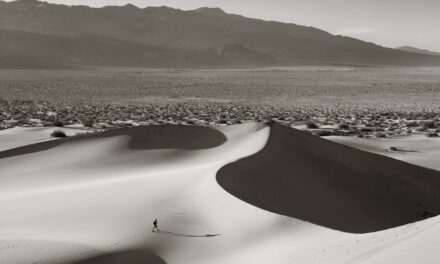 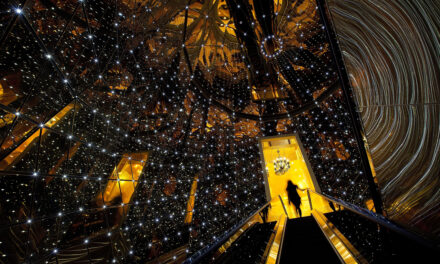 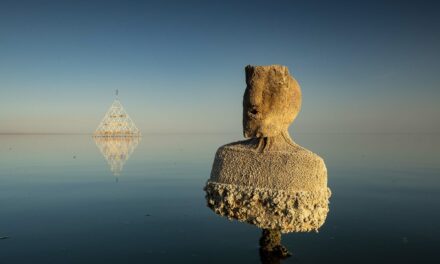